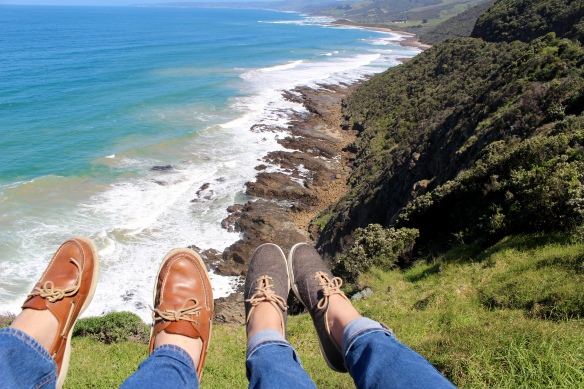 While in Melbourne, we took a day trip down the Great Ocean Road. Let me just say that if you ever find yourself in Melbourne you absolutely must venture out on the GRO and I would highly recommend going with Paul and Escape Discovery Adventures (www.escapediscoveryadventures.com.au). It was a truly magical day! 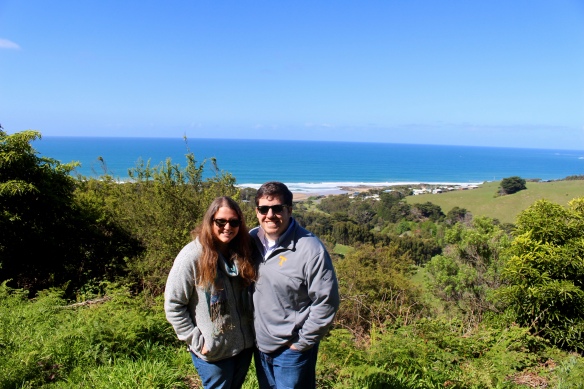 Our morning started with pick-up at our hotel and an hour or so drive before our stop for morning tea. Paul’s wife made the most addictive Anzac biscuits I’ve ever tasted, and we also had TimTams, lamingtons, French-press coffee, and tea. Paul, our tour guide, is one of the most Aussie of Australians in the best way. He casually said “crikey” and used the phrase “spit the dummy” (to throw a tantrum (a baby’s pacifier is called a dummy)) in normal conversation.

After tea, we drove for quite a bit before coming to our first glimpse of Apollo Bay. We had to take a slightly altered route as part of the Road is still closed due to severe storms that ruined the road several weeks ago. Luckily, Paul made sure we doubled back to search out some wild koalas. We wandered up a dusty road, staring up into the leafy, tall eucalyptus trees hoping to catch a glimpse of a furry little koala sleeping up in the branches. What we found was so much better: an alert koala who ate some eucalyptus leaves and then climbed down the tree she was in and jumped to a new tree!

Unfortunately, my husband will not let me waste $76 a year in order to post videos directly to this blog, so you’ll have to click on this YouTube link to see her in action!

Paul takes these tour groups out 4 days a week, and even he was impressed by the experience and made sure we knew how rare of an opportunity we had to see a koala in action!

We stopped at another scenic overlook before heading into Apollo Bay for lunch. After a scrumptious ham and cheese toasty we left the coastline and made our way into the temperate rainforest of the Great Otway National Park. After terrifying the kids in our small group (there were 10 of us) with harrowing tales of the dangerous, carnivorous mystery animal lurking in the trees (it turned out to be a snail- hah!) and assuring us Americans that he has liability insurance, we went for a pleasant walk through the lush rainforest. 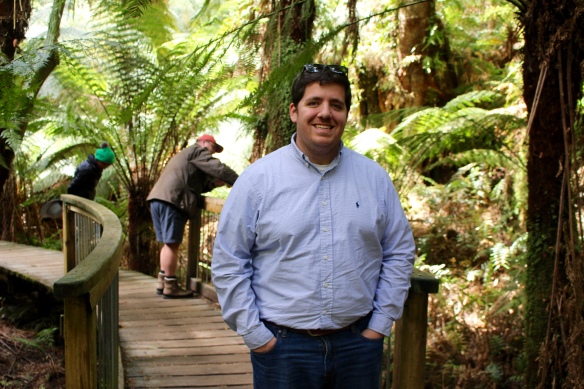 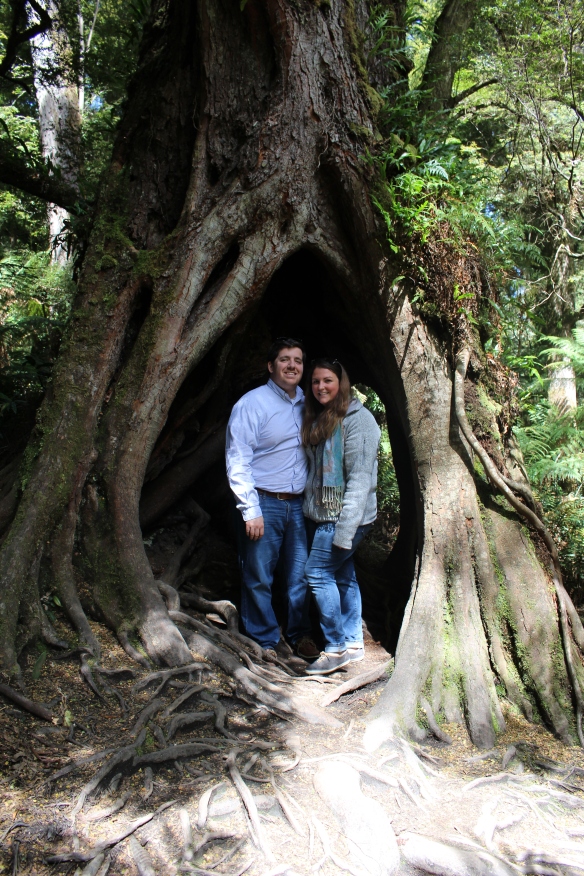 Post-rainforest we headed back to the coastline and made our way to the 12 Apostles. These limestone stacks are impressive, and also reminiscent of the Koopa Troopa beach levels from Mario Kart. We made a few stops at different vantage points, as you can’t actually see all eight “apostles” (there never were 12, despite the name) at once. We also learned that there used to be 9 apostles, but one collapsed dramatically in 2005. We also learned that the stacks were originally called the “sow and piglets” until a visitor decided one of the stacks looked like a priest, which then became the apostles. The apostles were formed by gradual erosion of the soft limestone that first created arches until the “bridge” of the arch became too weak, crumbled, and left two pillars standing alone. You can actually see the process taking place with what will eventually become the newest apostles which is pretty cool!

We also had the chance to explore the Loch Ard Gorge that was the site of an awful shipwreck in 1878. While there, we decided (ie I forced Donnie) to take “jumping”pictures because why not? Turns out one of us was really impressive and one of us was terrible. You can make your judgments from the photos below… 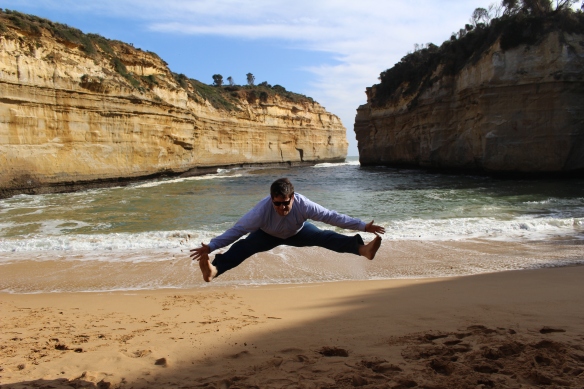 After a lovely dinner of fish and chips we made the long trek back to Melbourne. It was a long (over 14 hours) day, but we were blown away by the natural beauty and wonders of the Great Ocean Road.