Nothing prepared me for the overwhelming beauty of Alaska; the sheer size and wildness of the landscape is breathtaking. It’s taken me a while to even put this experience into words as I doubt my ability to do the 49th state justice. 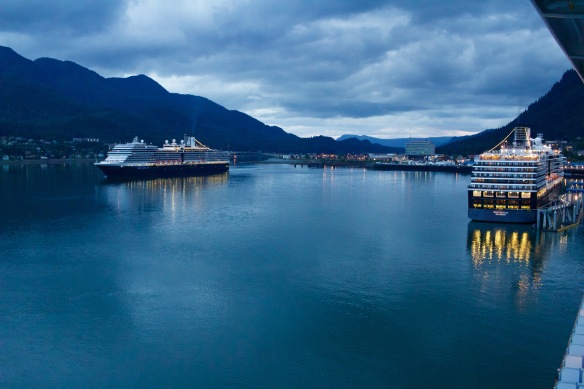 We booked our Alaskan cruise almost a year ago, before we knew we were moving to Australia. Instead of a 4 hour flight from Nashville to Seattle, we ended up on a 13.5 hour flight from Sydney to San Francisco, before finally landing in Seattle. We settled in at the downtown Westin, ate some Chipotle for dinner (an obvious priority when in America), and then met up with my parents when they got in later that evening. It was so great to see my Mama and Daddy after four months! We were pretty exhausted after our flight, so we called it an early night.

We spent all day Friday exploring Seattle: visiting Pike Place Market, wandering in Olympic Sculpture Park, taking in the views from the top of the Space Needle, marveling at Chihuly’s beautiful glass creations, soaking up the (warm!) sun on the waterfront.

After a delicious breakfast in Pioneer Square and a quick stop in at the Klondike Gold Rush Museum, we hopped aboard the Crown Princess, our home for the next 7 nights.

We had a room next door to Bill and Brenda, so we were able to open the connection between our balconies and have an extra-large balcony space! We enjoyed a (freezing) day at sea on our way to Juneau, full of whale-watching from our balcony and wildlife photography presentations. 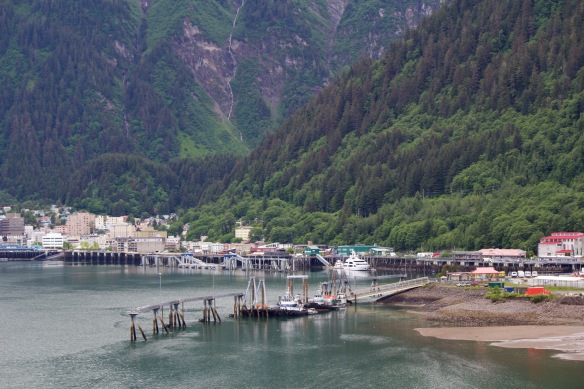 We pulled into a rainy, grey Juneau and headed to the Red Dog Saloon for some salmon chowder before heading out to do some whale watching. We saw so many humpback whales, and braved the chill and misty rain to get some great views of the huge animals. Watching those majestic whales surface and dive in and out of the water was humbling and awesome.

After our whale adventure, we headed to the Mendenhall Glacier, which was enormous and really indescribable. These pictures don’t even fully communicate how impressive this giant glacier truly is. 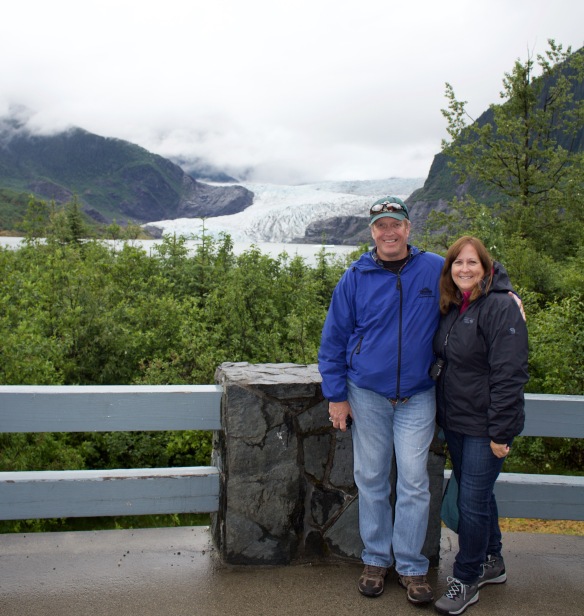 A woman walking by while I was snapping this picture of my parents exclaimed, “You two are just the cutest couple! Seriously!” I think she was right– they are annoyingly cute.

Tuesday evening we left Juneau headed to Skagway, a really cute little Alaskan town. Our first adventure was a ride on the White Pass Railway up through the gorgeous mountains. You can stand out on the front or back platforms in the open air as the train climbs up, which is a little scary, but worth it. We even saw a giant brown bear right next to the tracks, though my picture is pretty blurry as we were moving and everyone was rushing to see him! 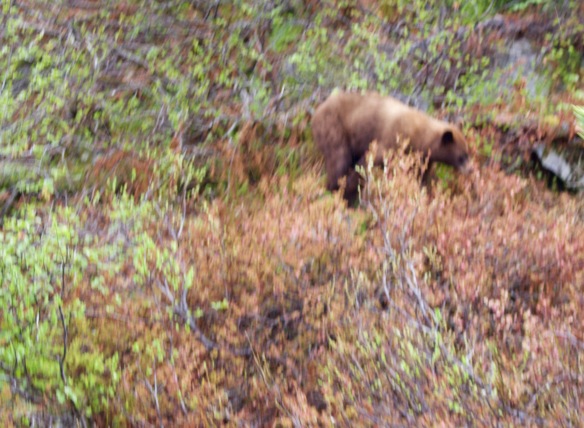 I absolutely loved Skagway. Back in town we wandered through town, which feels very touristy. However, we learned that the buildings are actually restored to accurately reflect the town as it was in the early 1900s. Skagway is currently home to around only 1,000 residents, though that number tends to double during the summer months to help manage the 900,000 or so visitors that land in Skagway each year. 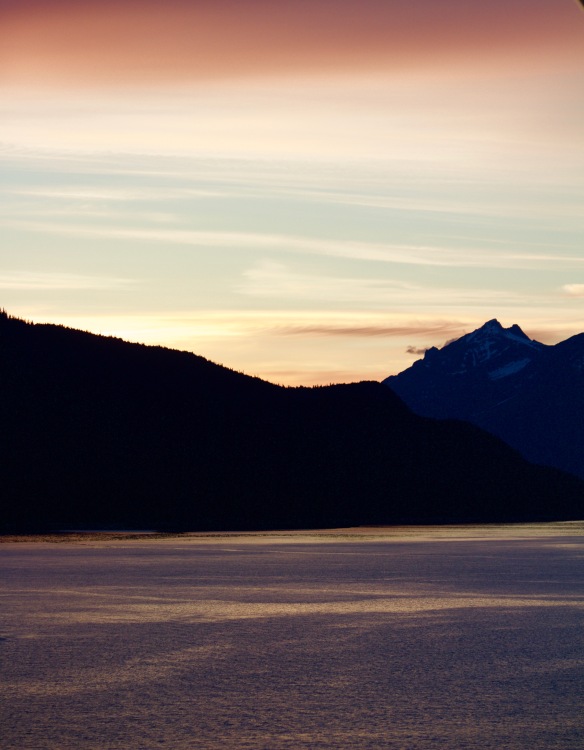 On Wednesday I woke up in time for my hot-stone massage that Donnie gave me as an anniversary gift. We celebrated our two-year wedding anniversary a month early, because who doesn’t love an excuse to celebrate?

After my glorious spa treatment, I headed for The Sanctuary– the exclusive spa deck that my parents booked for us as a treat for our Glacier Bay National Park experience. As we cruised through the National Park, instead of fighting for a spot to view the glaciers or freezing on deck, we were lucky enough to have a front-row view of the glaciers from our luxurious deck chairs. The experience came with warm blankets, bottomless mimosas, breakfast and lunch, snacks, and a “molten glacier” drink that was heavenly hot chocolate with Bailey’s and whipped cream. Needless to say, that was one of the most relaxing days of my life. We had great views of the impressive glaciers, stayed warm and hydrated, and in the afternoon as we left the park, everyone took a contented little nap. 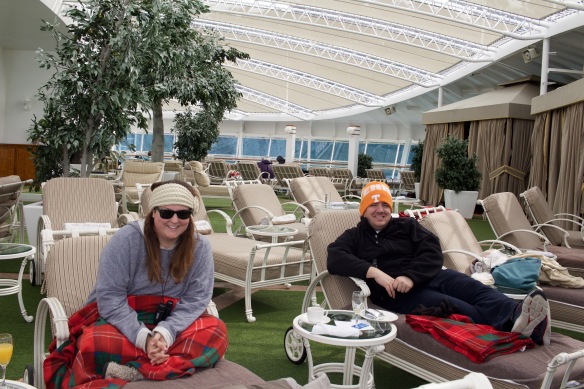 Our third port was Ketchikan, home to Creek Street: the most photographed street in Alaska. Creek Street used to house brothels for the men of the town, but now all of the cute little houses have been turned into souvenir shops and tourist destinations. We didn’t have an excursion in Ketchikan, so we were able to just walk around and enjoy the town. We did encounter an unexpected rain shower, but luckily we all had our raincoats…. except for poor Donnie, who just got really wet.

While on the ship, we saw countless whales, including a super playful, breaching Orca that quite literally left me speechless. 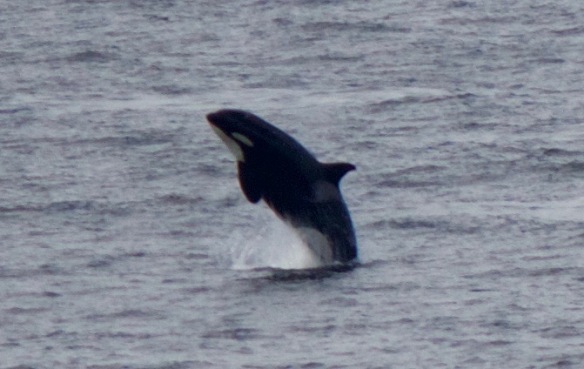 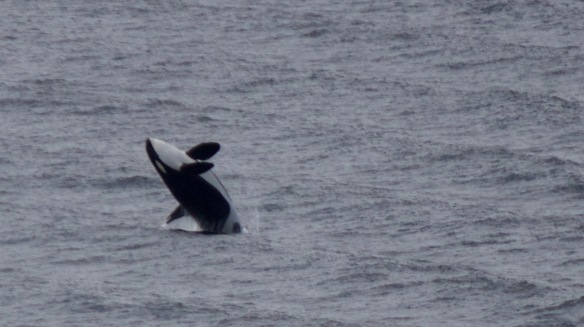 In addition to the humpbacks and Orcas, saw bald eagles, otters, seals, jellyfish (seriously!), Dall’s porpoises (they look exactly like baby Orcas), a brown bear, and a moose (well, everyone saw him but me, as I was getting a massage at that time.)

Alaska was full of surprises and unadulterated natural beauty. I already want to go back, so I’m sure we will be returning several times in the future. Cruising is a fabulous way to see the state, since traveling between towns is nearly impossible except by water. I loved our experience on Princess, including the delicious meals and entertaining shows. We even had the cutest door on board thanks to my Mama’s Cricut skills!

We stopped in Victoria, BC, on our way back to Seattle. We didn’t arrive until 7:00 pm, but we had plenty of time to walk from the port into town and enjoy a pint at a local pub, conveniently called “The Local.” We walked through this adorable floating “house boat” neighborhood, took pictures of the iconic Parliament Buildings, enjoyed the sunset over the harbour, and wrapped up our evening at The Local. Our server grew up in Collaroy, which is right down the road from where we live in Sydney! 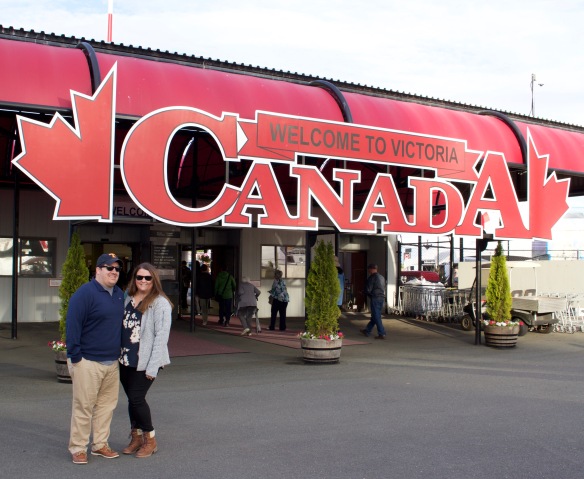 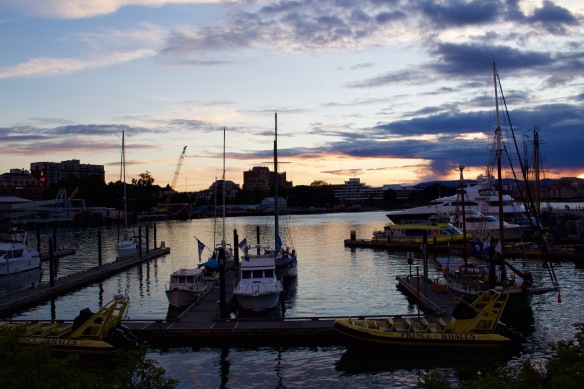 We enjoyed a peaceful, adventurous week in the Last Frontier. I was thrilled to get to spend some time with my parents, whom I’ve missed more than I realized. It was refreshing to get away from technology (so weird to have our phones not work in America, since we have Australian SIM cards) and breathe the crisp, clean air of the wild. If Alaska isn’t on your immediate travel list, I’d highly recommend prioritizing a visit. I never thought I’d love a cold-weather destination more than the Caribbean, but Alaska is easily my favourite cruise itinerary.

1 thought on “Alaska: The Last Frontier”